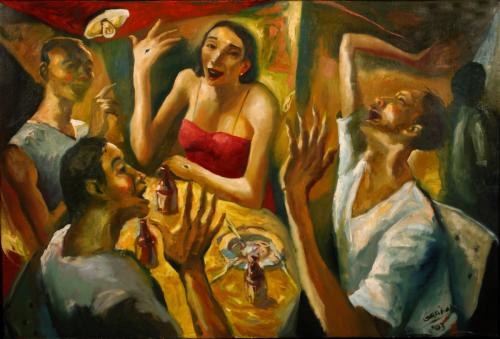 Language is a powerful tool. How we employ it in theology matters because we are attempting to articulate truth as we find it. But liturgical language has a particular power to reinforce ideas, images and beliefs; it is a performative utterance, enhanced and reinforced by rhythm, poetry, and music, and it sounds the depths within us because it is employed consciously and deliberately in relationship to God and to the worshipping community. It’s hard, then, to overestimate the importance of the language of worship, and in constructing it we need to attend to concerns that are closely entwined: pastoral, theological and aesthetic.

Innovation in liturgical language always has a theological undercurrent, but the initial motivation for change is often pastoral, rising from a concern to ensure that those who come to worship do not feel excluded, disinherited, or undervalued by the language of worship. In response to this, words that imply feudal, military or imperial power, gender attribution, or other culturally sensitive issues, have often been carefully excised from liturgical scripts, rendering unusable for the purposes of worship a whole slew of names for God, such as Father, Lord, King, Warrior, Strong Tower, Shield, Defender.

There are, though, a number of problems with this exercise. In the effort to make language inclusive to one group, we can inadvertently exclude another, or we find that we have achieved little more than replacing one problem with another. For example, to exclude any charge of patriarchy, liturgical language may be re-cast by replacing all male pronouns with female ones. Certainly this may have some value in shocking the ear, startling the mind into entertaining a new vision of God. But simply employing a new set of pronouns while leaving the structure and enactment of the liturgy exactly the same is at best a temporary fix. If we merely substitute one power structure for another, a new metaphor for an old one, then we are in danger of merely whitewashing sepulchers, rather than drawing closer to truth.

Another approach is to remove gendered language from liturgy altogether, and instead to engage neutral descriptors for God. One of the most-used replacements for Father-Son-Spirit is Creator-Redeemer-Sustainer, which attempts to retain a three-fold character without attributing gender to God. Yet here again the language has theological limitations. It is a seemingly Trinitarian formula, but these three actions properly belong to God in Unity; to assign them to three functionary names is, by implication, to deny the unity of God in creation or redemption. But perhaps worse, used in exclusion, this kind of language describes God in terms of function rather than relationship. It is fundamental to Christian theology that God, while not a corporeal being, is not impersonal. God is not an “it”, and the language of job descriptions doesn’t serve to address God adequately.

A further issue with avoiding particular names or pronouns is the tortured relationship that results with historic texts that are undeniably beautiful, but were not written in inclusive language. Adapting anonymous texts from unknown sources is one matter, but can we really justify updating the elegant and captivating language of John Donne, George Herbert, or John Mason? (If it doesn’t disturb the artistic conscience to replace a pronoun in one of their works, at least one would hope that respect for rhyme and meter might deter us!) But once we realize we cannot rewrite their words, are we really going to accept the impossible choice that the demands of inclusivity impose, and impoverish our experience by never reading them at all?

Expansive language aims to use as many names and metaphors for God as possible; to stretch the imagination towards God, in order to allow our minds and our mouths to discover that alongside the comfort of loved and familiar imagery, there is also novelty, shock, challenge and joyful surprise in our encounter with the Divine. If we limit our language for political, pastoral or personal reasons we run the risk of domesticating God, or even of making God in our own image. But the beauty of expansive language is that rather than limiting the range of language and metaphor available to us, it opens up many more possibilities. Rather than excluding or excising difficult terms, they are brought into balance by contextualizing them within a broad range of language that doesn’t privilege one name above another. Formulations such as Creator-Redeemer-Sustainer become less loaded with theological problems if they are used alongside other names such as Donne’s “three person’d God”, or the abundance of metaphor within the pages of scripture – God is a rock, God is water, God is a shepherd, a lioness, a mother hen. Traditional names such as Father or Lord can find their place when they are moderated by the use of a plethora of other names, which together serve as a constant reminder that God is far bigger than any one of them. And we are able to engage in a “conversation with the Saints” by reading historical texts, in the language of other ages, thus recognizing that our faith is not merely of the moment, but has an enduring quality.

the beauty of expansive language is that rather than limiting the range of language and metaphor available to us, it opens up many more possibilities.

Walter Brueggemann encourages expanding, rather than restricting the range of terms we use, pointing out that the cutting down of metaphors leads not merely to impoverished language, but to idolatry.

“The Biblical defense against idolatry is plural metaphors. If you reduce the metaphors too much, you will end with an idol. So more metaphors gives more access to God…”​​1

Expansive language, then, delivers the freedom to play with language creatively, to encompass grammatical elegance and poetic beauty, to include unedited ancient language that underlines the historicity and enduring quality of faith. And the result of expanding rather than eliminating vocabulary is a liturgical language that is more broadly inclusive of those who come to worship. Rather than adjusting our language to remove all offence, then, let us stretch our imaginations: use the names that others use, listen to the various narratives encompassed within this community, and try out the names that emerge from them. Each of us may encounter names that are unfamiliar, curious, or even a little disturbing. But as Desmond Tutu famously said, we are a “rainbow people of God”; our language needs to reflect that diversity, rather than the dullness of neutralization.

Expansive language, then, delivers the freedom to play with language creatively to encompass grammatical elegance and poetic beauty, to include unedited ancient language that underlines the historicity and enduring quality of faith.

Rather than make our capacity for naming God smaller, then, perhaps it would be better to reflect on the fact that some have refused to articulate any name for God as a way of acknowledging the complete otherness of transcendent holiness and mystery. Perhaps it would be better, too, to explore the breadth of the ways God has tentatively been named, always in the knowledge that every name reflects only a tiny part of the reality. We might rediscover, from the scriptures, and from two thousand years of Christian theology, some of the many names of God: helper,2 Lord,3 servant and friend;4 compassionate father, a mother who breastfeeds her children and knits,5 a tigress, a mother hen, a shepherd, a rock and a tower, a shield and a defense, a landowner, a housekeeper,6 a baker of bread, a mighty ruler and a powerless infant, the light that lightens the world, and the darkness that is above all light;7 the God who is both love and wisdom,8 and at the same time the God whose name, however close we try to get to it, will always elude us.

Let’s take all these names and more besides, let’s roll them around in our mouths, and taste and see whether they are, in fact, good; and let us feel our way towards articulating our worship in a way that is both inclusive and respectful of one another as it is honoring and worshipful of the God whose name, as St Paul says, is above all names.9

1Brueggemann, in an interview with Krista Tippet for On Being, 2011